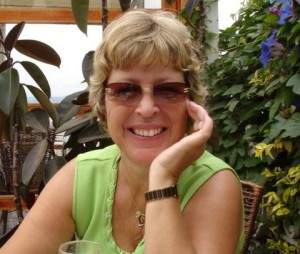 Gillian Birch is a freelance travel writer and, whenever possible between trips, she is a resident of Florida. As the wife of a Master Mariner, she has traveled extensively and lived all over the world, including the Far East, Europe and the Republic of Panama. Her love of writing allows her to keep detailed journals, which are a valuable source of eye-witness information for her many published magazine articles and destination reviews.

Describing herself as having “endless itchy feet and an insatiable wanderlust”, Gillian continues to explore Florida and further afield, writing about her experiences with wonderful clarity and attention to detail. She has a diploma from the British College of Journalism and is proud to be a member of the International Travel Writers’ Alliance.

Gillian has ten published travel books and ebooks about Florida, including Days Out Around Fort Myers, a collection of local attractions with a foreword by the Lee County Visitor and Conference Bureau. All her books are available on Amazon.com and in local bookstores. 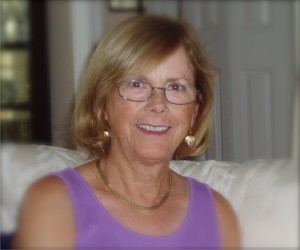 Dorothy Howe Brooks writes poetry and fiction. Her work has appeared or is forthcoming in numerous literary journals, including Atlanta Review, Poet Lore, Louisiana Literature, Bayou, Poem, and Mangrove Review. Her second chapbook, Interstices, was published in 2009 by Finishing Line Press, and her full length poetry collection, A Fine Dusting of Brightness, was published in 2013 by Aldrich Press. She teaches various poetry classes in the Lifelong Learning Institute at Southwest Florida State College in Punta Gorda. Originally from Atlanta, GA, she now lives with her husband in Southwest Florida where they enjoy sailing in the coastal waters of the Gulf. 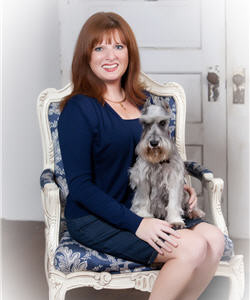 Jennifer Christiansen, Ed.S. is an instructor of psychology and English, holding an MS degree in Psychology and an Ed.S. degree in Higher Education and Adult Learning. Her academic research focused on senior citizens and pet therapy. Jennifer is the author of a picture book entitled Saucy’s Taste of Paris and a young adult novel called Lyla’s Song. In addition, she is the co-writer of an adult book entitled, Secrets Men Share: When You Run Your Fingers Through Their Hair. An active volunteer at facilities of Lee Memorial Health System, she and Heidi, one of her two miniature schnauzers, serve with Therapy Dogs, Inc. In addition to writing, teaching, and volunteering, she owns a Cruise Planners travel agency. In her free time, Jennifer reads, travels through America and Europe, enjoys film, theatre, photography, fine dining, running, agility training with her dog, and paranormal investigation. And yet, living by the beaches of Fort Myers, Florida, she finds time for breathing the sea air and taking sandy walks with her husband and pets at sunset. 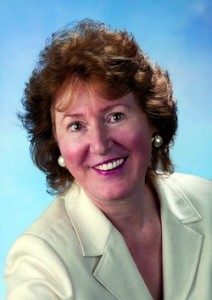 Anita Dennis received her BA in sociology, with a minor in anthropology from the University of Michigan-Flint in 1973. She was not only accepted into her husband’s Mende tribe in 1972, but she lived in his village for a year in 1983-84 as a lay missionary. She is the co-author of Slaves to Racism: An Unbroken Chain from America to Liberia, 2009. In 2014 she published Beyond Myself: The Farm Girl and the African Chief.

Visit for a movie of the tribal masked being, color photos, and her blog.
Watch her video at http://youtu.be/LRCCSyILJec 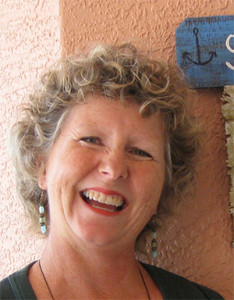 Went into the real estate business in 1977 in Illinois. Moved to Cape Coral, FL in January 1993 and got licensed here. After so many years, SO MANY people have asked me “What’s it really like to be a Realtor?”
So, I am writing a book, “Easy Money…… and 6 other real estate myths”.

Learned to sail in my 30’s and bought our first sailboat in 1994 after moving to FL. Started racing her and after 4 boats, I now skipper my own 32′ Catalina, Windy City in SW FL. From 2000-2015, I have written and sold many articles about sailing and racing to local sailing magazines, as well as international ones.

Just joined a Writer’s Critique Group in the fall of 2014, and have learned so much! Hoping to get my real estate book done and start marketing fall 2015.

In August 2009, I was diagnosed with Non-Hodgkins Lymphoma. After six months of chemo, things got back to semi-normal. Then, it returned in June 2011. Another six months of chemo. June 2012, breast cancer decided to pay me a little visit… all along, I maintained a Caringbridge account online to keep friends and family updated. Many folks like my writing style and encouraged me to “write a book”. That can be a future project, “How to talk to a person who has cancer”… or something like that.

The GCWA is such a wonderful forum of fascinating people! Although I cannot attend many meetings (racing seems to conflict on most Saturdays), I leave each meeting feeling inspired and having learned something new. 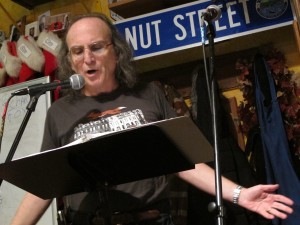 Richard H. Fox was born and bred in Worcester MA. He attended Webster University, as much artist colony as college, in the early 1970’s. These diverse cultures shaped his world view and love of words. He is a former President of Poetry Oasis, Inc., a non-profit poetry association dedicated to education and promoting local poets, and was Managing Editor of its journal Diner. Richard’s poems have appeared in numerous journals including Above Place, Boston Literary Magazine, OVS, Poetry Quarterly, Midstream Magazine, and Worcester Review. “Time Bomb”, his first collection of poetry, was published in 2013. Forthcoming in 2015 from Big Table Publishing is a new collection titled “wandering in puzzle boxes”. A cancer survivor, many of Richard’s poems focus on cancer from the patient’s point of view drawing on hope, humor, and unforeseen gifts. He seconds Stanley Kunitz’ motion that people in Worcester are “provoked to poetry.” 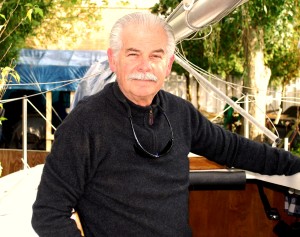 Mike Fuller Author
After writing professional documents for many years, Mike has finally devoted time to his true passion, writing fiction where the story and characters come alive in the reader’s mind. While his days were filled with authoring hundreds of detailed crime reports, arrest affidavits, search warrants and grand jury presentments, he took some of his own time and devoured books by the dozens. Reading not only was a rewarding diversion, it provided him with the added education he needed to function at a high level in his profession.
This has led to the creation of Mike’s crime/suspense/detective novels SINK RATE and the follow up, ROPE BREAK, the first two in the Sam Deland Crime Novel series. Both are expected to be published in 2015 by: http://www.roguephoenixpress.com/ More recently, CAPTAIN’S CROSS, a historical land and sea adventure novel set in colonial America has also been accepted for publication.
Mike writes with the real life experience that many years of law enforcement shaped and influenced. The stories may be fiction but are based on how things happen in the real world. His books are honest and captivating novels written with a unique voice that will both chill and charm.
Mike is a veteran police detective. He did it all from rookie patrolman to Senior Special Agent. His life has been enriched by a wonderful marriage, parenting, work, flying, sailing and good books. Mike is a lifelong outdoorsman, an experienced tactical firearms instructor, champion sailplane pilot and the captain of his own sailboat. All of these skills have made his novels vivid, exciting and real. Now retired after a career with three law enforcement agencies, Mike enjoys winters writing in Naples, Florida and summers sailing, writing and researching the next novel at his rural Pennsylvania home. 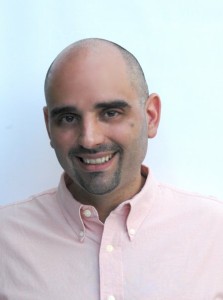 Having moved to Fort Myers in September 2014, Michael Hebler is a Southern California native. Michael dreamed of following his passions for entertainment and storytelling with acting. It was while studying theatre arts at Orange Coast College, in Costa Mesa, California, he realized his penchant for stories were better suited on the page rather than the stage. Creating tales with suspense, laughter, and heart is not Michael’s only love.

I am a 67 year old transplant from Dutchess County NY.  My husband and I retired to Florida last year.  I have two sons still living in NY,  one of whom is in the process of writing a book.

I became interested in the writing process because my son asked me to help him with some preliminary editing.  He plans to self-edit. 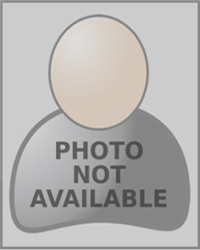 I attended a book signing by an author here in FL.  She brought her editor with her who told the group about The Gulf Coast Writers Association.  It sounded as though it would be interesting and helpful to me and my son and that is why I decided to join.  I have only been to one meeting so far.  I was also intrigued by the program the president was talking about where you get to read a synopsis of the book to a group to get their reaction. 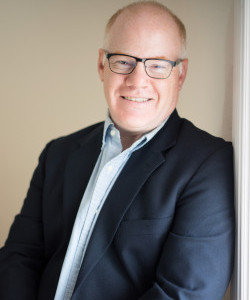 Timothy Jacobs was born and raised on the shoreline of Connecticut. He lived in California twice, traveled across the country three times, and lived in Europe for a couple of years before settling in Fort Myers. He is the CEO of Jacobs Writing Consultants, LLC, which offers writers such services as editing, proofreading, and ghostwriting. Jacobs is a regular contributor to the Santiva Chronicle, the Island Sand Paper, and is the feature writer Unique Harbour Living. He has written 6 books and has over 400 articles published. You can check out his blog on Lee County History at www.lchistoryblog.blogspot.com. One of his latest ventures is he is co-owner of the Gulf Coast Bookstore with fellow writer/illustrator Patti Brassard Jefferson, located in the Butterfly Estates. It’s toted as being the first bookstore ever tailored to self published authors, and has 53 local author’s titles for sale. Jacobs has been a member of the Gulf Coast Writers Associations for 11 years, and served as president from 2012-2013, he currently serves on the Corporate Board.