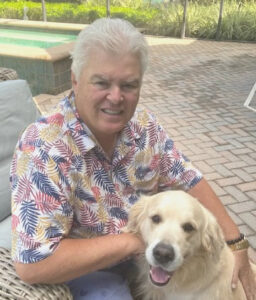 Steve will discuss how he wrote the book, challenges of self-publishing, and his inside perspective about DC which influenced the storyline. Steve will also provide tips on how self-publishers can market their books.

Prior Restraint--America’s most famous news anchor is brutally murdered by terrorists on Pennsylvania Avenue in Washington, DC and the entire media establishment is paralyzed by the fear of who may be next. Seemingly overnight, a pernicious wave of self-censorship grips the airways and no one dares to further criticize religious fanaticism. When a leading newspaper columnist and her editor are soon thereafter kidnapped and murdered in New York, the media hysteria reaches a frenzy.

When Chief Judge of FTC,  Steve presided over well-publicized, antitrust enforcement proceedings. He was honored by President George W. Bush for his service to the nation’s judiciary and received the FTC’s Distinguished Service Award. Now a full-time resident of Naples, Steve has been coming to the area since the mid-1980s. He has traveled extensively to over 65 countries, including memorable trips to Africa, India, Vietnam and Japan. He and his wife Doris taught English to high school students in the Fujian Province of China in July 2019. His letter on the culture and lifestyle of Havana, Cuba was published by Cigar Aficionado magazine. In addition to writing, he enjoys classic cars, fine wine, and sharing life with his wife Doris, their golden retriever, Henry, and their mini goldendoodle, Alftie. 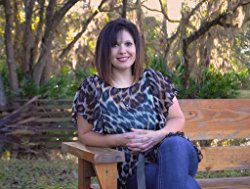 Angelina Assanti is an award winning author. Her humorous non-fiction cancer book is being made into a documentary. Writers don’t realize their books can be made into film, right here in Florida. Angelina will give writers information about finding sponsors, producers, and grants to make a movie in Florida.

“My name is Angelina Assanti and I am a humor writer. My first book, The Lottery Heiress came out in 2013. My second book, Mark Taylor’s Checkered Past came out in 2014. While I was writing the third book in that series, I was diagnosed with cancer and wrote my most-successful book to date, Thank God I Got Cancer…I’m Not a Hypochondriac Anymore! which won two national awards and was a finalist in the International Readers’ Favorite contest. It’s also an Amazon Bestseller.” 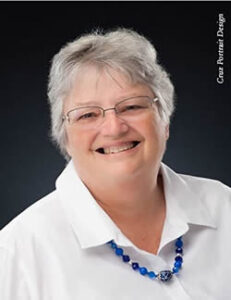 Brenda Spalding will present what she has learned about creating and publishing children’s books.

Brenda is the founder and president of ABC-Books, Inc. a networking organization to help other self-published authors connect and share information. They are a 501c3 and promote literacy in the area.

Brenda is an award-winning author of many children’s and adult books. She is past president of the Sarasota Branch of the National League of American Pen Women, and a member of the Sisters in Crime, Sarasota Authors Connection, and the Florida Writers Association.

Speaker Claudia Volkman
Topic: What Authors Can Learn from the TED Commandments
November 13, 2021, 10 AM to Noon 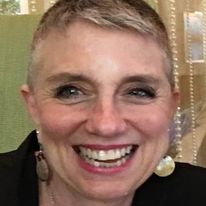 Note: Google maps or your GPS may direct you to the back of the building. The entrance to the parking lot is on South Point Blvd. between Quigley Eye Specialists and Buckets Restaurant.

When a speaker is accepted to give a TED Talk, they are given a stone tablet engraved with the “TED Commandments,” written by the founder of TED, Richard Saul Wurman, to provide a guide for the speakers. The result: TED Talks are generally exceptional. These ten commandments are geared for speakers, but with a bit of adaptation, they can easily apply to authors wanting to write an exceptional book.

Claudia Volkman has more than thirty-five years of experience in acquisitions, product development, editing, and typesetting, and has worked full-time for several trade publishing houses. Now, as the owner of Creative Editorial Solutions, she assists publishers, authors, entrepreneurs, and speakers with their editorial needs. A Chicago native, Claudia and her husband reside in Southwest Florida with their two charming Corgis. 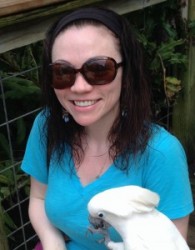 The GCWA Writing Contest is starting soon. If you want to write something for the contest and are suffering from writer’s block, Geneva is full of ideas to get you started. She has created a fun workshop for writers of all genres and capabilities.

Note: Our original September speaker had to cancel due to Hurricane Ida’s destruction. 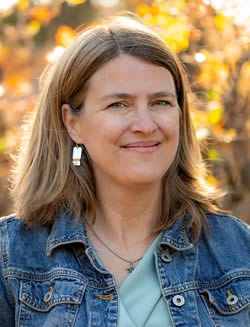 New Location: Map
Word of Life Church
6111 South Pointe Blvd.
Fort Myers, FL 33919
Note: Google maps or your GPS may direct you to the back of the building. The entrance to the parking lot is on South Point Blvd. between Quigley Eye Specialists and Buckets Restaurant.
Marketing your book begins before you publish it! You’ve begun the manuscript, started researching publishing options, and now you’re ready to take that next step to become an author. Whether you self-publish or sign with a publisher, marketing begins before the book is printed. During this workshop we’ll talk about 9 pre-publishing areas that will affect your marketing, and a dozen ways to market your book after it’s published. Join us to learn how to set your book up to be a bestseller.

Royce King has been a serial entrepreneur for more than 25 years and is an SBDC Certified Coach, Certified Direct Response Copywriter, and frequent trainer on online marketing strategies. Her education in Nonprofit Management and working with executives extends internationally through speaking and consulting. Her columns and business advice have been published in the Small Business Expert Forum, Huffington Post, Carol Roth, Charity Magazine, and more.

GCWA is looking for a new Programs Officer to find speakers for our meetings. Please email president@gulfwriters.org if you would like to volunteer.

Panel: Hunter Leake, Christie Zarria, Bob McCarthy, and Jen Yontz-Orlando
Topic: The Features and Benefits of Being in a Critique Group

August’s meeting features four members of the Gulf Coast Writers Association who have developed and refined their critique group experience. They will share what they have learned about being a member of a critique group.

The panel will be composed of Hunter Leake, Christie Zarria, Bob McCarthy, and Jen Yontz-Orlando. Their presentation will highlight the features and benefits of belonging to a critique group, including the importance of group diversity, trust and rapport, and the “Do’s and Don’ts” of analyzing a member’s written work. They will also provide personal anecdotes on how their participation in a critique group has affected their writing.

Members can obtain a recording and PowerPoint of June’s meeting by contacting Christie Zarria. 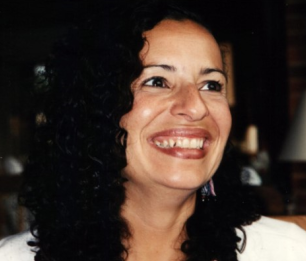 What are my rights to my creative works as an author? Can people use the contents of my books and stories without my permission? Are there limits on my uses of another’s creative works in my books? In this educational talk, author and former law professor Lucille Ponte will help unravel the mysteries of the basics of copyright and address issues of copyright registration and infringement of creative works.  Her presentation will also consider key defenses to claims of copyright infringement, such as public domain and fair use. A great opportunity to learn more about protecting your rights to your literary works. (for educational purposes only, not intended as legal advice)

A legal educator for more than 31 years, Lucille Ponte taught a wide range of business law and intellectual property courses. She published textbooks on dispute resolution and contract law and wrote scholarly articles on copyright, trademark, and legal policy. She previously served as in-house counsel for technology firms and governmental agencies in Massachusetts. As a fiction author under the pen name Bridges DelPonte, her legal mystery, Deadly Sacrifices won a Royal Palm Literary Award (2d place – unpublished mystery) from the Florida Writers Association. She has also published an underwater fantasy novel, Bridles of Poseidon, a children’s book, The Little Dusties – The Roar of the Silver Dragon (with illustrator, Michelle Bakay), and numerous short stories in anthologies. She is represented by Kelli Martin at Wendy Sherman Associates, Inc., a literary management firm in New York. To learn more about Bridges, check out her author website: bridgesdelponte.com

Speaker: Kathleen Sweeney
Topic : How To Create Professional Looking Images to Market Your Books and More with Book Brush 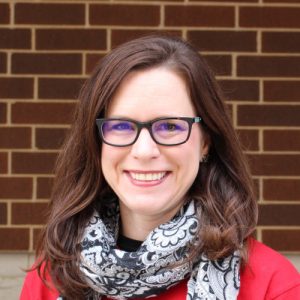 Join Kathleen Sweeney from Book Brush for a fun live walk-through of the Book Brush tools. Get ready to embrace the marketing side of writing & see why authors say Book Brush saves them both time and money! Learn how easy it is to use Book Brush to create your own eye-catching marketing images for all things social media. Plus explore video effects, create Box Set images, design your own book covers, animation and more! Kathleen will share handy tips & tricks along the way and have time for Q & A, too.

Bio: Kathleen is the Manager of Marketing and Customer Service at Book Brush. She has over 19 years of client service and business assurance experience. She thoroughly enjoys working with authors and helping them create eye-catching images. She lives in central Illinois with her husband and three busy boys. Her hobbies include reading and turning socks right side out.

Register in advance for this meeting:

After registering, you will receive a confirmation email containing information about joining the meeting.

Speaker: Cherie Postill
Topic : Improve Your Writing and Sell More Books with Beta Readers – What Every
Writer Needs to Know Before Publishing

In my workshop I show you how to identify, qualify, locate, and utilize an incredible writer’s asset know as Beta Readers. They are often overlooked and frequently misunderstood. You will learn the definition of beta testing, how to identify your beta readers, and why every writer needs them. I introduce a process that results in a comprehensive manuscript critique, including actionable feedback. We discuss the techniques and tools used to beta test your manuscript for optimal results.

The methods outlined in my workshop will give you a competitive advantage and make you a better writer. In today’s crowded market, your manuscript needs to stand out more than ever. Once you have followed my process, not only will you be assured your story is perfect for your target readers, but you will also know precisely who your ideal readers are. You will learn where to find your target readers and how to utilize their talents to help you sell more books and attract a loyal fan base.

You will also get reviews, referrals, and book comps (comparable titles) from your beta readers to use in query letters, on your book cover, and in promotional material.

Cherie Postill is a writer, a marketing professional, and a speaker. She is the author of How to Train a Beta Reader and Sell More Books, a nonfiction guide for writers. Cherie presents workshops to writers across the country, teaching her unique strategy and step by step process. Her debut fiction novel for middle-grade readers, and the first in a planned series, Cory Summers and the Wrath of Naytas, is scheduled for publication in Fall 2021. Her upcoming humor/adventure novel for middle grade readers is targeted for release in early 2022. Ms. Postill is on the board of the St. Louis Writers Guild where she holds the title, VP of contests and works as the liaison for more than 21 school districts. She teaches workshops for writers in grades 4th – 12th, and is an active member of the St. Louis Publishers Assoc. When Cherie is not writing or presenting, she enjoys time with friends and family, reading, camping, hiking, cooking, and mentoring aspiring writers. You can learn more about her writing at www.clpostill.com.  She loves to connect with readers and fellow writers and welcomes your emails at cherie@clpostill.com. Find out what she is up to at https://twitter.com/postillc, http://Instagram.com/cheriepostill, and www.facebook.com/Cherie.Postill.