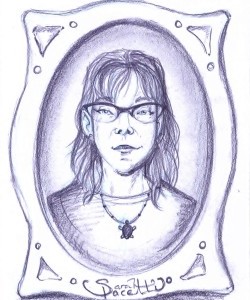 Cris Pacetti is a native Floridian. Theatre found her at age fifteen. She staged plays in her carport promising friends the best roles in order to assume other characters in familiar tales. She graduated from University of South Florida in 1974 with a Bachelor of Arts in Speech Communication and earned a Master of Fine Arts from Florida State University’s School of Theatre in 1980. After acting in numerous roles in university and professional theatre she discovered her dream job was to raise two children, Liz and Nick. In addition to acting, a glance at Cris’ resume reveals employment as a puppeteer, director of a cultural center, theatre teacher for preschoolers, elementary, middle, high, and postgraduate levels. Cris started writing at age 13, but never finished anything until necessity provided an opportunity to write plays for her students. A retired teacher, Cris spends many hours walking through memories, (not necessarily her own), writing them down.