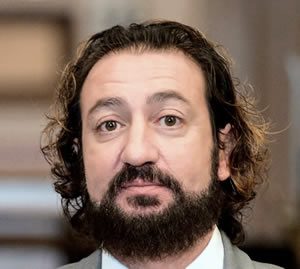 I wrote my first short story when I was nine or ten based on the video game Asteroids from Atari. I have an English Lit degree and have taken multiple creative writing courses. I wrote Editorials for the Democrat & Chronicle during my early twenties and for the Rochester Magazine until it closed. Once that happened, I purchased an AB-Dick printing press and started a mini-periodical called The American Register. As the editor, I worked with four writers, as well as writing articles myself. I then went online at the AmericanRegister.com and advertised on our local radio in Rochester, NY. After a few years, the funding faded and I shut down the site. Although I did not stop writing, I did take a break from the industry.

Moving to Florida three years ago rejuvenated my mind, and I began to write feverishly and created a blog as well. Currently completing Draft IV 80K words, The Diary of Sergeant Stark, a psychological thriller. A story about a veteran cop who wants to do good but finds himself covering up a slew of his own murders. I will self-publish if it does not get picked up by an agent. The story-line has purposely placed options for a prequel, sequel, and interlude. Additional books have been shelved in order to focus on this one since I work full time at a bank.