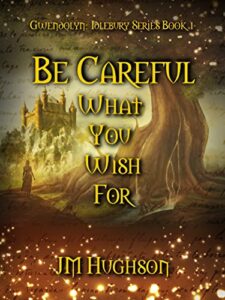 Gwendolyn Fanny has an unimaginable imagination. And after two weeks of housebound boredom, her imagination has run amok.

One day, as Gwen stares out a window, wishing for power, admiration, sophistication, and adventure, a story in Universal Scandals magazine grabs her attention. Gwen discovers the Queen of Idlebury in Dimension XIII is searching for her long-lost adopted daughter. Gwen’s belief that she is the real Princess of Idlebury tears her from her world of make-believe and throws her into a reality not even she could have imagined.
[more]