The pressures of adulthood can make things seem so serious.  With work, kids, crazy relatives, bills, stress and random illness- it can be hard to look at things with brighter eyes.  But what if for a moment, you could recapture one thing from your youth?  What if you could bring back that most valued trait that adult amnesia has made you forget?  Would you want to be fearless, or more confident?  Would you want to be equally as silly or lighthearted?  Or would you just settle on having some of your (don’t give a shit a bit) back? 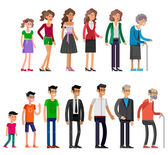 We spend our adolescence waiting for the freedoms that come with adulthood, and our adulthood thinking it wouldn’t be so bad to have those simple things we took for granted when we were young.

Curious as ever, I questioned 40 people to find out what random things people miss.  I used social media, friends, family, and people at work for a variety of answers.  I asked men and women ages 30 to 70, and here are some things that I heard.

For starters, if we could get back our childhood energy, we’d all feel a lot better!  Coffee and Red Bull are fine, but everyone claimed to be pretty much addicted.

We miss being fearless.  And I say we, because I am in total agreement.  Men and women agreed that they miss being brave enough to try anything.  A women in her 70’s used to love parties but life made her antisocial.  A man in his 60’s used to love rollercoasters but was now scared of heights.  A 50-something on social media admitted to being afraid of technology (which was kind of funny considering she was on Facebook).  And a 40 year old man mentioned his fear of bridges because of a past car accident.  In my late 30’s, the thing I fear the most is myself.  It’s the fear of getting in my own way, and the possibility of not feeling fully alive each day.   I miss the days when I used to sing out loud just because.

But what about those days when you were 16, and didn’t care about anything?  The days when it didn’t matter who was watching, and you could simply be yourself?  I’ll tell you what happened- gray hair, bigger bellies, boredom, and the internet.  If you compare yourself to the millions of pictures you see every day online, you could feel bad, being Miss America.

When I asked the women 30 and older what they would want back from their youth, I heard things like: my body before pregnancy, my thighs before cellulite, my hair before grays, and (my favorite) my round bootie.

Men weren’t that different though.  Some of youngest wanted to bring back the hair missing on their head, which by 50 somehow shifted spots and started growing in their ears.  Some wanted their eyesight, and just like women, wanted those six packs (before they became so fond of the drinkable kind however, and got beer bellies instead).

Aside from the physical things, and equally at all ages, there were random answers about wanting to recapture a feeling.  Some wanted to feel loved or excited, nurtured, or appreciated.  And one guy at a sweet age of 75 told me he missed being surprised.  He said, “At my age not that much surprises you anymore.”  Lord do I hope he finds sweet surprises.

Some older folks, wanted to have back simpler times; when bitch wasn’t an appropriate word on the radio, and when they sang about love- instead of big booties and fast money.

Those who ranged from 40 to 60 wanted their memory and sharp mind back, because walking in the room and forgetting what you came in for, gets annoying after a while.   A few people wanted to bring family members or parents, to have just one more moment with them.  And some wanted missing items like a school ring, or lost photos.

One guy told me about a teddy bear he had when he was three.  Poor Mr. Teddy got peed on, and was never seen again.

Being an adult is funny.  I miss the days when dying my hair was for fun and not because of the many grays. I miss running outside in the rain and stomping in puddles without worrying what bacteria may be lurking.  Now, I understand some of the things that I didn’t in my youth.  And though there is still so much I’m trying to figure out; I’ve decided that for the things I can’t wrap my head around, well- I don’t give a shit a bit.