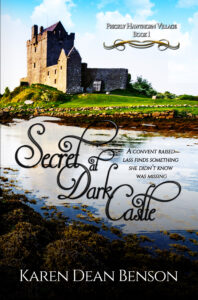 A secret no one dared whisper… 1816 County Waterford, Hawthorn Village, Ireland Mairéad, left in a basket on the steps of The Sacred Heart Convent and raised by the nuns, intends to take vows in the fall when she turns eighteen. Having lived her life within the cloister, she knows nothing of the secular world except for the dealings she has had with people who bring their manuscripts to be illuminated. Her delicate artistry is a source of income for the convent. A local aristocrat, Lord Darnley, willing to pay a vast amount for work on his manuscript, demands she stay at Rockmore Hall for the summer to illuminate a book he wrote about his ancestors.  [more] 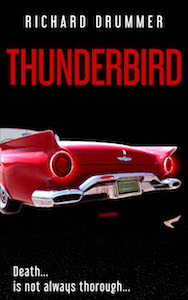 The greatest challenge for Grace Cummings will be to solve her own murder.

On a crisp autumn morning in 1959 Grace watched in horrified silence as her husband’s experimental jet exploded in a blinding flash. She frantically scanned the horizon for the white bloom of his parachute. It never appeared. Reggie had perished before her eyes.

Enemy Within the Gates 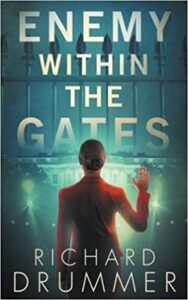 A covert military mission threatens the aspirations of political newcomer, Katherine Karlson, and her run for the presidency. She devises a plan to scuttle the mission, thereby guaranteeing her the election but destroying any chance for peace in the Middle East. Her daughter witnesses the deception and pleads with her mother to undo the treasonous act, threatening to expose the truth if she refuses. Karlson is forced to choose between the highest office in the land and her only child, which also means silencing everyone who bore witness to the crime 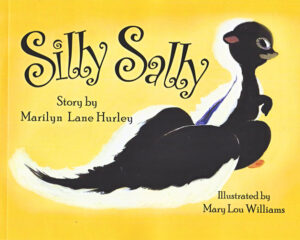 Silly Sally loves her beautiful tail.
It is indeed a gorgeous tail.
She thinks more about her tail more than she does about anything else, even her friends.
Then something happens that teaches Sally what’s really important.
But is it too late for her to win back her friends? 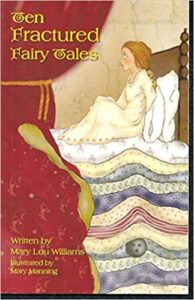 The Princess and the Pea That Felt Like a Bowling Ball

The Fisherman and His Wife—Updated

Sleeping Beauty and the Rude Awakening

Rapunzel and the Helicopter Witch

The Rumpelstiltskin Rap Beauty and the Beast:
A Tale of Transmogrification 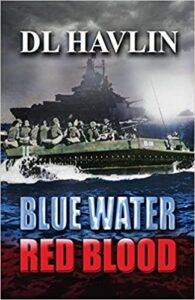 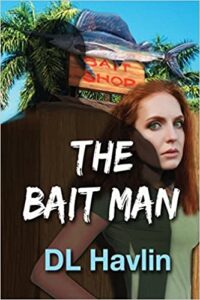 “Wild child” Chessie Partin had enough of being branded a woman who never finishes what she starts, so when she stumbles on murder evidence implicating the local “bait man” (and her tormentor), she sets her jaw and enlists the help of her suspended policeman brother, Reading, to catch the man she’s sure is a killer. Huston there’s a problem! Not enough proof. She decides to gather enough facts on her own to convict bait man, Rooster Cocker, and to prove he is the despicable villain she believes him to be. Chessie finds she’s only partly right when she shoves her nose into a sinister enterprise that has corrupt officials protecting it and that may end up slicing and dicing her to be sold as “replacement parts” by Harlan Mengelberg, its evil owner. 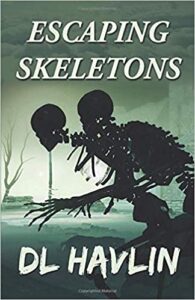 Ever hear of Operation Paperclip? Our heroine, Chessie Partin, had not. She soon found that its unintended consequences would threaten her life and many of her associates. Before it became the CIA, the United States’ clandestine service was the OSS or Ofﬁce of Strategic Services. It was a desperate organization born in WWII’s desperate times. One desperate plan was the highly secret operation called, “Paperclip.” It was concocted to beat the Soviets in the race to grab as many German scientists as possible at the end of the war. Mistakes made to expedite this operation were carefully hidden but did, and still do, haunt the US government. The danger rises as Chessie and her crew, begin unearthing 70-year-old dirty laundry. Accompany her as she narrowly escapes death and unearths secrets NO one is supposed to know. Escaping Skeletons is the second of the series of Chrissie Partin, Archaeologist adventures. The ﬁrst is The Bait Man. 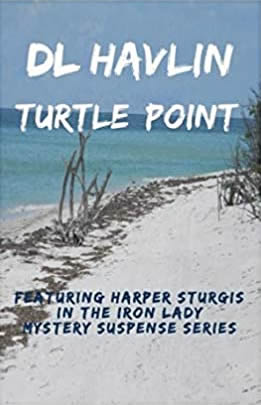 It’s ironic that the portion of their lives sea turtles go to the most pains to keep secret is the part we humans know most about. It’s equally ironic that humans and sea turtles share a trait…they bury things they wish to remain undiscovered. It’s this common “burying” instinct that allows me to introduce my mystery novel, Turtle Point. DL Havlin’s new mystery/suspense novel, Turtle Point, explores this possibility. Benny Dupree, the main character, lives with the constant threat of the exposure of a deed committed thirty years in the past. Living in a paradise of white sand beaches and warm tropical waters, Benny is enjoying his senior year in college when a beautiful co-ed turns his world upside-down. Her dedication to ecology and saving sea turtles becomes his. They encounter poachers. Benny finds his new love being buried by the two criminals. Benny kills and buries them in island sands. The threat of having his crime discovered fades during the next thirty years, but suddenly is forcefully revived by two mysterious “treasure” hunting men who threaten to penetrate all the defenses he’s erected to protect his secret. As they snoop and get close to exposing him, Benny becomes frantic and seeks help from a friend. Enter Harper Sturgis! A friend refers Benny to this lawyer/private investigator who specializes in tough cases. A retired Marine Intelligence Officer, Harper takes no prisoners. Benny finds “she” is as tough as any “he” he’s ever met. Harper takes the case and exhumes secrets and surprises that Benny isn’t even aware. Is Harper able to save Benny from spending the rest of his life in jail? Read and find out. Set in the beautiful Sanibel-Captiva, Pine Island area in Southwest Florida, Turtle Point will captivate the mystery/suspense reader who craves differences in characters, plot, and story resolution.

A PLACE NO ONE SHOULD GO:
Keana-eno-pa-watchee 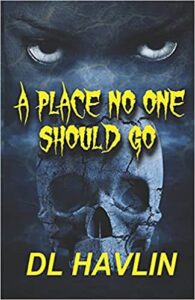 A Place No One Should Go is a gripping tale set in Florida’s wilds. The book weaves historical information in this suspenseful story highlighting one of today’s most timely topics, modern man’s ambivalence between morality and sexual infidelity. Canoeing into the Florida wilderness is a near weekend ritual for the Callison family. Even the youngest of their three children at five years old knows how to safely navigate the dangers of the wild. But what happens when the wilderness they are required to traverse is contained within a man’s soul? Ben Callison and his family’s latest camping trip takes a strange and sinister twist when they meet a mysterious Indian where they elect to pitch their tent. The Seminole warns Ben he’s camped in a place that evil calls home. Is the terror that lurks there a resident of the mound Ben’s camped on or does it reside within him? Ben must find out if the shapeless dread he faces is from within or without, and if he makes it out alive, does anyone ever really return from A Place No One Should Go? Anyone who enjoys finding out how a tale that reviewers state “requires the light be left on when reading at night”, learning about Calusa Indian spirituality, and adventures set in the Florida outdoors will love this novel.