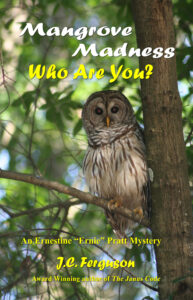 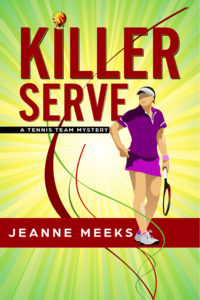 After the tennis team finds a stranger stretched out on the tennis court with a hole in his chest, the ladies’ tennis team uncovers a seamy side to their tropical paradise. 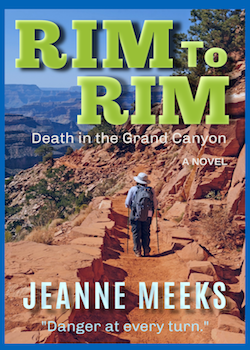 A newly divorced backpacker challenges the Grand Canyon and gets more than expected when she crosses paths with a stalker. 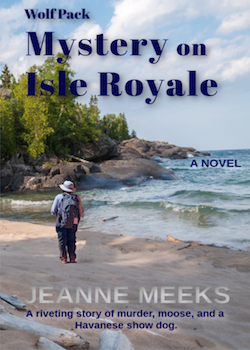 Mother and daughter backpackers are reunited by the dangers of the wilderness and a lecherous sea captain and a prize-winning little dog. 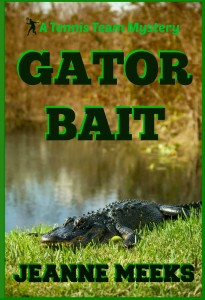 The Paradise Palms tennis team uncovers real estate fraud and murder as they campaign to save the life of their favorite alligator. 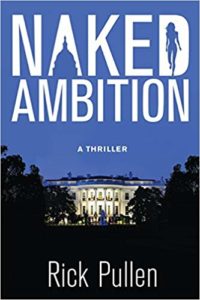 When newspaper reporter Beck Rikki receives an unsolicited call from a high-ranking government official sending him off to investigate a candidate for President of the United States, he doesn’t realize he’s stumbled onto the story of a lifetime. As he digs deeper, he follows a trail of murder, bribery, infidelity and deceit that runs from Canada to the Caribbean–but all signs point to the White House.

Beck finds nothing is quite as it appears–not his sources, not his curious new love interest and especially not the story he’s pursuing. In the confusion, he suspects the motives of everyone–including his new love. He must figure out the truth or forces waiting in the wings will covertly grab the reins of power and take over the government.

For the first time in his career, Beck may have stumbled onto a story too dangerous to handle–but too important to walk away from. And with only days before the election, just when he thinks he’s solved the puzzle, he realizes he hasn’t. 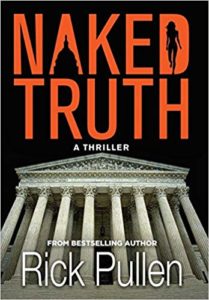 REPORTER BECK RIKKI again confronts the deceptions and lies of the rich and powerful in America when he is invited to meet with the chief justice of the United States, only to have the jurist show up dead. As he did in his previous outing in Naked Ambition–the ﬁrst in Rick Pullen’s compelling thriller series–Beck is relentless in pursuing the truth. Yet, as he peels back the layers, he is unaware of the sleight of hand diverting his path. After all, in the real world of power, how much of the iceberg of truth can really be uncovered?

The Apprentice
by Rick Pullen 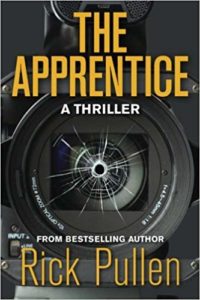 Tish Woodward is a rookie newspaper reporter covering City Hall for the Washington Post-Examiner when she is suddenly thrust into the national spotlight. She rides a wave of success investigating a horrific crime while always fearing her sudden rise is just dumb luck. She dreads the world will wake up and realize she lacks the depth and experience to now take on President-Elect Derrick Templeton, a billionaire oil and real estate baron with no political experience. Tish navigates the labyrinth of Washington’s political world getting ever closer to the truth, yet she doesn’t know whom to trust. This is Washington, of course, where motives are always suspect and allegiances change like the weather—all in pursuit of raw power. She has taken on the most powerful and vengeful man who has ever occupied the White House—and he now has his sights set on her.

Journey of a Thousand Steps: Book Three (A Whisper of a Mystery Trilogy) 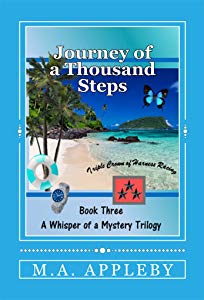 After several years with no new information about Jason, Ellen still wants closure and vows to never give up. A documentary about a super cyclone that devastated islands west of Fiji catches her attention – oil tankers the size of football fields are maneuvering to avoid the storm; and this gives Ellen a theory and renewed hope. Taking matters into her own hands, she devises a plan to seek answers without the CIA’s help. After searching, Ellen brings a storm survivor home to be part of their extended family, indicating he has a brain injury. This is possibly the beginning of the hardest journey of her life.

I dealt with Traumatic Brain Injury when my son had a accident. Finding peace and closure has not been easy. In the last chapter of this book, I share our 10 Keys to recovery. 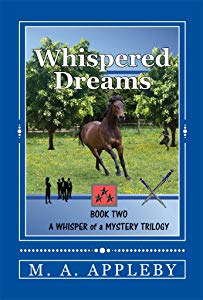