Angel of Tears
by Irene Smith 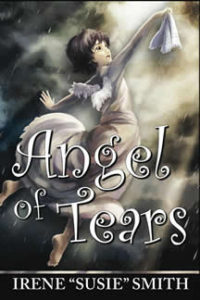 In 1947, Summer Sobieski is sent to live with Polish relatives in Detroit. Enrolled in Catholic School, she is ridiculed for her name and her mother’s mental illness. When Alva Watson, an aging albino, moves into a long vacant house next door, she is feared and shunned. Summer sees something in Alva that no one else recognizes. The relationship between the two misfits affects the lives of everyone around them.

Summer’s reunion with her parents is less than desirable. Overwhelmed with family issues, spiritual conflicts, and two female tormentors, Summer unwittingly causes a shocking mishap. The consequences are harrowing; redemption and retribution follows.

Often humorous, this is a tale of innocence and ignorance, failure and faith, and the undeniable power of love. [more]