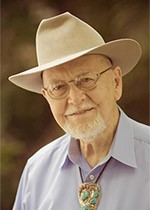 Have you noticed the foul language of this present generation?

Even movie scripts are rife with verbal and visual degradation.

It is a moral risk taking family to the theatre these days,

Dirty dialogues abounding, what has happened to decent mores?

They say: ‘that is the way people talk today.”

Environment could be a reason for some,

But I’ve even heard scholars, swear with aplomb.

What is the need for profanity and what is the gain?,

For anyone to use words that are unquestionably profane.

Violating sensitivities, with intent to defame,

Some cultured listeners may tolerate the use, albeit with disdain.

Dirty words in text, used to be blocked out leaving blank spots

Later the technique was to print the first letter, followed by dots

There is no guessing what the words were, that were blocked out,

And now filthy words are complete, leaving nary a doubt.

Have you notices “T” shirts the collegians are wearing?

Coed dormitories are convenient for debauchery and such,

Parental influence is no longer a factor and not seen very much.

One’s shallow lexicon, is an indication of one’s choices,

Obviously demonstrating their short comings, when hearing their voices,

But a small vocabulary does not have to be defiled,

By using words that you would not teach a child.

And demonstrates that the relater is sorely in need,

Of more cultured articulation, without the crust,

For an otherwise acceptable message, void of disgust.

I recall orators, in the classic annals of literature who excel,

Outstanding by their brilliance and lauded prose to tell.

I cannot recall in quality works that I have read, vile or dirty words,

Common scurrility as used today would only be among the absurd’s.

Yes I know that times have changed, as our mores relax,

But the rules of decency still prevail, the facts are still the facts.

There are some acceptable exceptions within limits, that may do no harm,

Imagine Rhett Butler saying, “Frankly my dear, I don’t give a darn”

GONE WITH THE WIND, will live for centuries,

One word contributed to a ban by the Church and their juries,

The word was “damn”, it relegated a great film to the list of the profane,

I’ve heard worse from Priest’s mouths, with scorn and disdain.

I will have no influence with the dirty mouth generations,

Nor will I try, I am satisfied with my own untainted creations.

My writings span a period over 70 odd years to date.

I search for right words, with no deference to the common vulgate.

I am embarrassed to read or hear irreverent uncultured trash,

We are judged by what we say and how we say every bit,

I want my words to be remembered with class, as I say it.

Would you be pleased or uncomfortable, listening to you,

Uttering foul, obscene vulgarities, like maybe some friends may do?

It is not just the middle or lower class now, using foul orations,

Even socialites use evil tongues with defiling connotations?

Some say “that’s just the way it is at this point is time,” really”?

I have not heard it taught in churches or schools, where languages flow freely.

Most offenders clean up their mouth, speaking with a child or a parent.

There are times when even the worst offenders know, that they daren’t.

Does anyone give respect to a dirty mouth friend or a mate,

Admiring their curse words, which connote a distasteful spate?

Spare me the need to listen with disgust and dismay,

“Speak the Speech with panache” as Shakespeare would say.

Have I Spoke the Speech, have I encouraged some restrain.

As the word master teaches, there is no need to be profane.

Words are our jewels, with millions of facets, sparkling like stars,

For all to use, in dignity, with pride, they are for us, they are ours.

It is our choice and ours alone, to choose from the myriads of verbal jewels,

Profanity has no meaningful use in any language, and is not taught in schools.

Those who embrace sounds of scurrility, are justifiably regarded as low class.

Even Webster and, Funk and Wagnall’s gave “THE DIRTY WORDS” a wide, wide pass.

For over 100 more nostalgic or poetic

short stories, by Russ, go to: