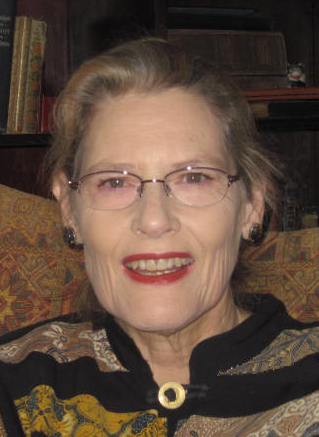 Jill Jennings was awarded the 2013 United States Congressional Commendation for poetry and teaching, and a 2013 International Merit Award in poetry from Atlanta Review. Dozens of her award- winning poems have been widely published every year for ten years in Reach of Song, the anthology of the Georgia Poetry Society; in several issues of Encore, the anthology of the National Federation of State Poetry Societies; in both editions of the anthology Poetry of the Golden Age, by Kennesaw State University; in The Atlanta Review, Oberlin Review, The Georgia Bulletin, and the Cherokee Tribune Newspaper ( Georgia).

How did a high school teacher suddenly decide to retire early and devote her time and energy to
poetry? A chance encounter with a classmate from graduate school galvanized her. A mere 52 years of age, her friend was already experiencing health problems. He lamented that he could not memorize vocabulary anymore, a major disappointment for a man who had taught modern foreign languages. At that moment, she realized that this might happen to her. What about the book of poetry she had wanted to write since age 9? What about becoming fluent in French? What about all the dreams that were put on hold while teaching high school? How much time was left ? As if awakened from a deep sleep, she dragged these goals out of the attic where she’d stored them, forgotten. Fourteen years later, her biography includes having served as Vice President, Secretary, and Interim President of the Georgia Poetry Society; Coordinator for Johns Creek Poetry group; having dozens of her poems published, most after winning cash prizes, completing two full-length books of poetry, with a third ready for publication and another, Mercy Heart, in the works,

Jill holds B.A. and M.A.degrees in Classics from the University of Georgia, knows Latin and Ancient Greek, is fluent in French, and reads Spanish. Her poetry and memoir writing workshops have been presented in various venues, most recently for the Lee Library System. In April, 2018 she wrote and produced the first ever LeHigh Acres Teen Poetry Slam, held at the East County Library. It was such a success that another one is already planned for September. She is also the Coordinator for the upcoming Teen Writers Workshop to be held twice monthly at the library. In addition to poetry, Jill writes flash fiction and humor. She relocated from Georgia to Fort Myers in October of 2016 with her husband of 29 years, Paul Cheng, who shares her passion for travel and foreign language, without whose support much less of her writing would have seen the light of day. follow Jill at www.jilljennings.org