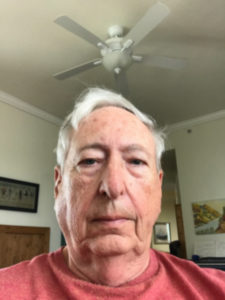 Because my father was a career Air Force officer, I grew up on or near to military bases nearly all of my life. We moved frequently, at least every two years. I went to school in Florida, Ohio, Alaska, Pennsylvania, and Texas. After graduating from college, I joined the Air Force myself, and continued the  nomadic lifestyle for many years. I began writing before I had even completed officer candidate school.

My white paper on the role of the military in South American governments was selected to be read – by myself – in front of an audience composed of…South American colonels and generals. I was scared to death! I continued to write technical papers and documents, first for the Air Force, and later for my employers. My first adventure in non-fiction was an historical novel. This was followed by short stories, memoirs, and essays. Some have been published, most have not.

I am now retired and spend a great deal of my time writing, drawing from my many adventures and the places where I have lived.