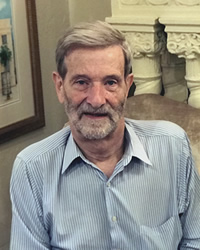 From his earliest years in rural Virginia, Andrew loved nature. From crawfish to thunderstorms, he marveled at the creativity on display wherever the influence of man was not overpowering. Growing up, he invented stories to entertain friends. He went on to explore the limits of photography. He created a style he named ‘natural surrealism’ by taking photos of real objects in a way that expressed hidden extra-ordinary characteristics. He reworked photographic processes to expand and distort what the lens actually saw. Exploring furniture making, he designed and manufactured pieces such as a cantilevered wooden aquarium that seemed to defy gravity. Turning to larger works, he became an architect and created the firm Associates in Architecture. His other creations include two beautiful children and a fabulous relationship with his wife, Vivian. Naturally, he entertained his children with fantasies based on reality and now has made those stories available to all children.

Today he sees nature under siege, and a people not recognizing the jeopardy we have put upon ourselves. His debut novel The Venus Prophecy published May 2020, in the emerging genre of cli-fi uses a blend of science fiction and drama to illustrate our peril. He hopes people worldwide will see what is happening in time to prevent his fictional catastrophe on Venus from becoming reality on Earth.

He is joining others in fighting for a healthy atmosphere and a clean environment.