FanFictionReview.com is currently calling for submissions of fan fiction short stories. If you or someone you know is interested in submitting a short story, visit their call for submissions page for information about submission requirements, deadlines, and how to submit.

What are we looking for? 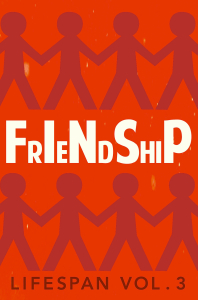 This is a unique opportunity to contribute works taking characters across the arc of their whole lives, whether prose or poetry, fiction or non-fiction.

During the month of May, Black Lawrence Press authors Brandi George and Leigh Camacho Rourks are on board to critique poetry and fiction manuscripts.
Brandi is the author of Gog (Black Lawrence Press), which won the gold medal in the Florida Book Awards, and the play in verse, Faun (Play Inverse). Her poems have recently appeared in Columbia Poetry Review, Fence, Gulf Coast, and Forklift, Ohio, also winning first place in the Dana Awards and the Zone 3 Poetry Awards. Brandi has been awarded residencies at Hambidge Center for the Arts, the Hill House, and the Time & Place Award in France.
Leigh is a Cuban-American author who is the recipient of the St. Lawrence Press Award, the Glenna Luschei Prairie Schooner Award, and the Robert Watson Literary Review Prize. Her fiction, poems, and essays have appeared in Kenyon Review, Prairie Schooner, RHINO, TriQuarterly, December Magazine, and Greensboro Review.
Click here to send your manuscript to Brandi.
Click here to send your manuscript to Leigh.
More information HERE

We wanted to reach out to you regarding an exciting new development at Writers Blok Online: a free membership option to our online platform!

On this free server, members can participate in hour-long online writing sprints, hosted by our team of Writing Guides, and gain access to genre-specific chat groups. Given all that’s happening in the world, we think it’s an excellent way for writers like your members to connect AND get writing done.

If you’d like to learn more about this offer, the platform, or how we can work together to support your members, please let us know! You can reply directly to this email to get the conversation started, or click below to create your own free account and explore our platform.

Every Sunday, WKDW 97.5 FM nonprofit radio invites amateur writers, poets, and comedians to perform or read on its program “Writers on the Air.”  Organizers are looking for funny or family-friendly content.

Sign up at 2:30 p.m.  The show airs live at 3:00 p.m.  After the show, a participating visitor who reads may be eligible for a three-minute author interview that is posted on the “Writers on the Air” Facebook page.

For more information, contact Linda at Lschell2@verizon.net and visit the Writers on the Air page on Facebook.

At the November 2019 GCWA meeting, we asked what workshops people would like to attend.  The following are current requests for workshops.

We will list any workshops scheduled by GCWA here. Also keep checking events, which include workshops from various writers organizations.

If you are willing to help run a workshop, please include that information in your comment.