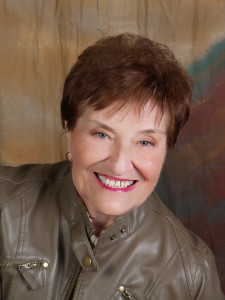 Award-winning author Violet Niggl (pen name Violeta Barrett) has always written stories since she learned to write at the age of four. Subsequent to a forty-two year career, holding executive positions in both the public and private sectors, Barrett. a Brooklyn transplant, moved from Canada to Ft. Myers, Florida, after her husband’s death. She was encouraged to write a story on reinventing her life, which was published in an anthology of stories titled BEYOND COPING. A Valentine letter she wrote on a whim won a prize and was published in her local newspaper. She began writing articles for a political newsletter soon after, eventually becoming co-editor.
Inspired by a dream, Barrett published her debut book FIRST LOVE in 2011, a romantic memoir of a love she experienced over fifty years ago. It was later translated into Spanish titled PRIMER AMOR. Although her latest book ANGEL IN DISGUISE was inspired by her love for children and pets, “the underlying story of recuperation and the restoration of hope may resonate with readers who have also experienced loss..”* A Children’s Edition of ANGEL IN DISGUISE, with an upbeat ending, was published the same year.
Barrett graduated from the N.Y. Institute of Finance and the American Institute of Banking. She is also a graduate of the Institute of Children’s Literature and York University in Toronto, where she earned a B.A. in Humanities — Religious Studies and Sociology, at the age of sixty-one.
Her passions are classical music, writing, reading, travel, photography…and love.
*Excerpt from KIRKUS REVIEWS