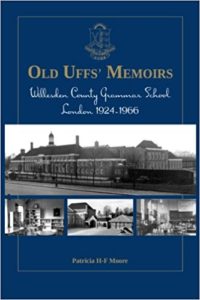 “The County,” as it was fondly known by its pupils, became a grammar school after the Rab Butler Act was passed in 1946 to “…provide quality education for bright boys and girls” and provide equal opportunities for children of all backgrounds. These memoirs from Willesden County Grammar School pupils span the school’s history from its beginning in 1924 to its closing in 1966. The Old Uffingtonians, an organization of former pupils collected these memoirs which became the basis of this book. [more]